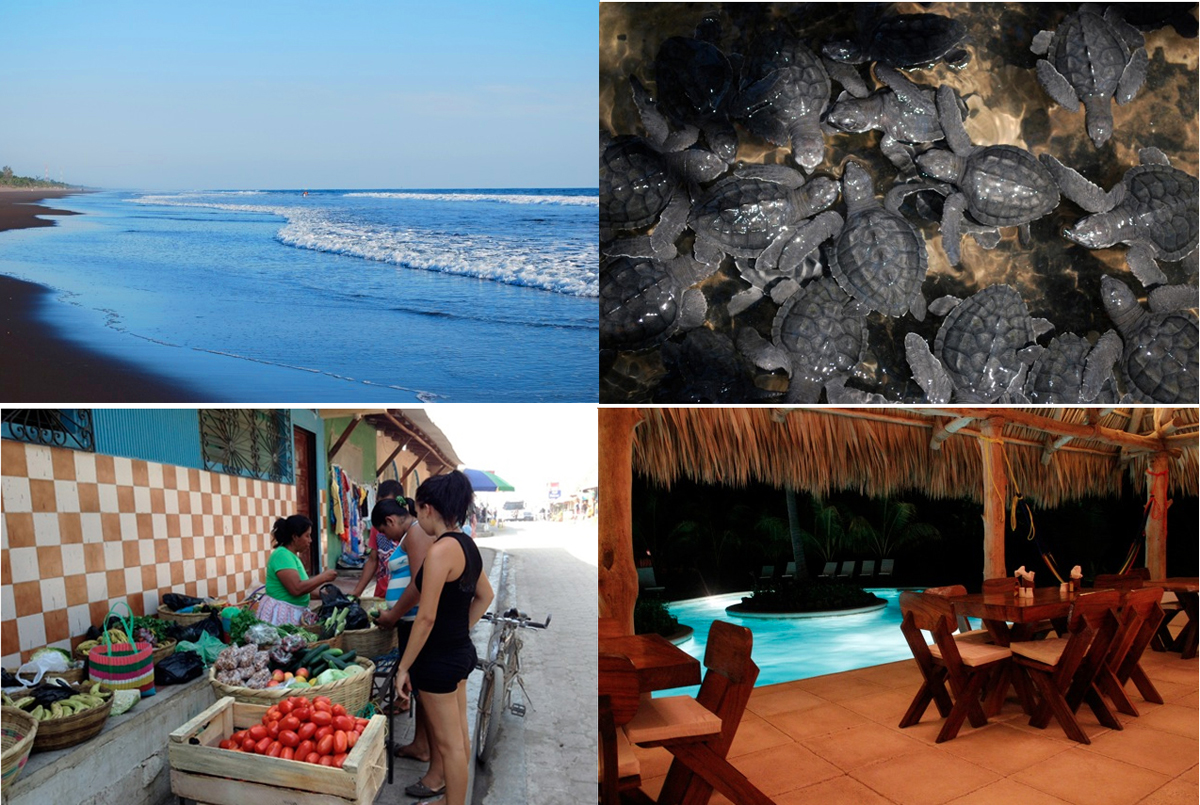 The small country is one of the least visited Central American destinations, but it shouldn’t be that way. While many people have outdated ideas of El Salvador—one tourism professional says that people still ask how the war is going—the country has some of the best roads in Central America, high-end glitz and glamour in the capital of San Salvador, and a tourism industry that is creating a professional, welcoming infrastructure for visitors.

El Salvador is also following Costa Rica’s lead on trying to develop and promote sustainable tourism, both for its communities and its abundant nature life. EcoExperiencias, a division of Salvadorean Tours, is dedicated to creating sustainable tourism experiences with locally owned businesses, where profits from the tours go directly to supporting rural communities and conservation, from rain forests and the coastline to coffee farms and sea turtles.

Sea turtles inhabit all of the world's oceans, except the Arctic. They can live for 80 years, and play key roles in the ecosystem that is important not only to them and other wildlife, but to humans as well. Sadly, all seven species of sea turtles are on the endangered or critically endangered list.

One of the wildlife projects that La Cocotera sponsors is the Olive Ridley turtles, which nest on the beach in front of the resort. They buy the eggs from locals who would otherwise sell them to be eaten, and instead bury them for hatching, let them grow a little in their tank, and release them in a guest program.

"The locals used to sell the sea turtle eggs for $5 a dozen," says Rodrigo Moreno of EcoExperiencias. "It was a lack of education, but also—if they don't sell the eggs, their children starve. When we started the sea turtle liberation program, we educated them so that they started to see nature as an economic asset for them. We replace that income; we pay them $6-7 per hatched sea turtle."

Locals now look after the nesting turtles at night, to make sure they aren't disturbed; they are called “tortugeros.” Once the eggs are laid, the tortugeros bring them to certified release sites such as La Cocotera. There, the eggs are allowed to hatch and then the babies are kept for up to three months for guests to release.

La Cocotera guests can participate during the sea turtle hatching season, from mid-September through February. Resort manager Ricardo guides participants through the release, starting at the tank where they keep the baby turtles hatched through their program. Here Ricardo gives some basic education about the turtles, and lets guests pick their own babies to release before walking out to the beach to select a spot for release. The baby turtles should be introduced about two to three meters from the water’s edge.

"That distance is very important," Ricardo says. "That is how they memorize the beach, to come back in ten years to reproduce themselves." These tiny baby turtles, in that few-meters crawl to the ocean, hard-program an internal GPS system inside themselves that will allow them to return to this very same spot a decade later, to lay their own eggs.

Only one in a thousand of these baby turtles will survive to adulthood and reproduce themselves; they are vulnerable to many things including birds and other sea life. But their odds are greatly helped by programs such as these. Without protecting and hatching their eggs, and releasing them back into the ocean, their species would surely not stand a chance.

"When you go on a Salvadorean Tour, you are also helping the people and the ecosystem," Moreno adds. "Tourism brings wealth—but where does that wealth go? Just to the big tour companies? No, it needs to be distributed. We found that we can help a lot of people through these programs."

"El Salvador is still very unknown. With us, you will see the local people, the real face of El Salvador. Through EcoExperiencias, we promote local communities by working with them to lift them out of poverty through sustainable tourism."

If you have an experience - we want to know about it! Please get in touch, as our writers, videographers and photographers are roaming the globe in search of the next amazing experience to feature, & we may have an ambassador near you right now.